Fake news — false or misleading information presented as legitimate news—didn't start in recent years: it has a long history. A good example is the New York Sun 1834 publications, which described the moon as rich with vegetation and animals. They were even signed by an influential scientist, Andrew Grant, who didn't exist.

The term "fake news" is not only about the media spreading misinformation—but it also covers fake content in general, such as content posted on brand websites and social media channels.

Why Is Fake News So Prevalent?

Fake news is such a scorching topic right now because of the increased inability, or unwillingness, to discern fact from fiction. Stanford University carried out a study on middle school students and found that a whopping 82% of the respondents couldn't distinguish between sponsored content and news stories. This is more concerning, considering this group is technically digital natives.

Part of the reason for the inability or unwillingness to tell the difference between real news and fake news is that most of us read news and discover information through a handful of search engines and social media sites. These sources mostly make money from the number of clicks they get. Because they harvest personal data, they serve us content we are likely to click on, which includes fake news. Coupling this with the simplicity of sharing content and how it can easily go viral, fake news spreads like wildfire.

It's no wonder Tim Bernes-Lee, in an open letter during the 28th anniversary of the World Wide Web, named fake news among the three most worrying trends.

This article discusses how fake news has affected the consumer and how marketing is changing as a result. But first:

What Is the Motivation Behind Fake News?

Some of the motivations to produce fake news include:

Fake news websites profit from the increase in traffic due to advertising. Social media sites also benefit from channels posting fake news, as they lead to an increase in click-through rates. Regardless of the consequence of spreading misinformation, there is a large financial benefit.

Brands may use clickbait strategies to increase sales and increase brand awareness. For example, an article published on Entertainment Today titled "The Shocking Reason Joy Behar is Quitting the View" was fake. It ended with an invitation to readers to try an anti-aging skin care product. If consumers believed it, they would try it.

Fake news can also be used for malicious purposes, such as influencing consumer choices and manipulating their opinion. In business, it may be used by a company to slander its competition and influence consumers to switch to its products and services.

For example, in 2017, Starbuck had to deal with a fake promotion that offered discounts to undocumented American immigrants. A consumer posted it, but it was almost disastrous. Other examples include the story that Costco ended its membership program, and an Xbox console killed a teenager. 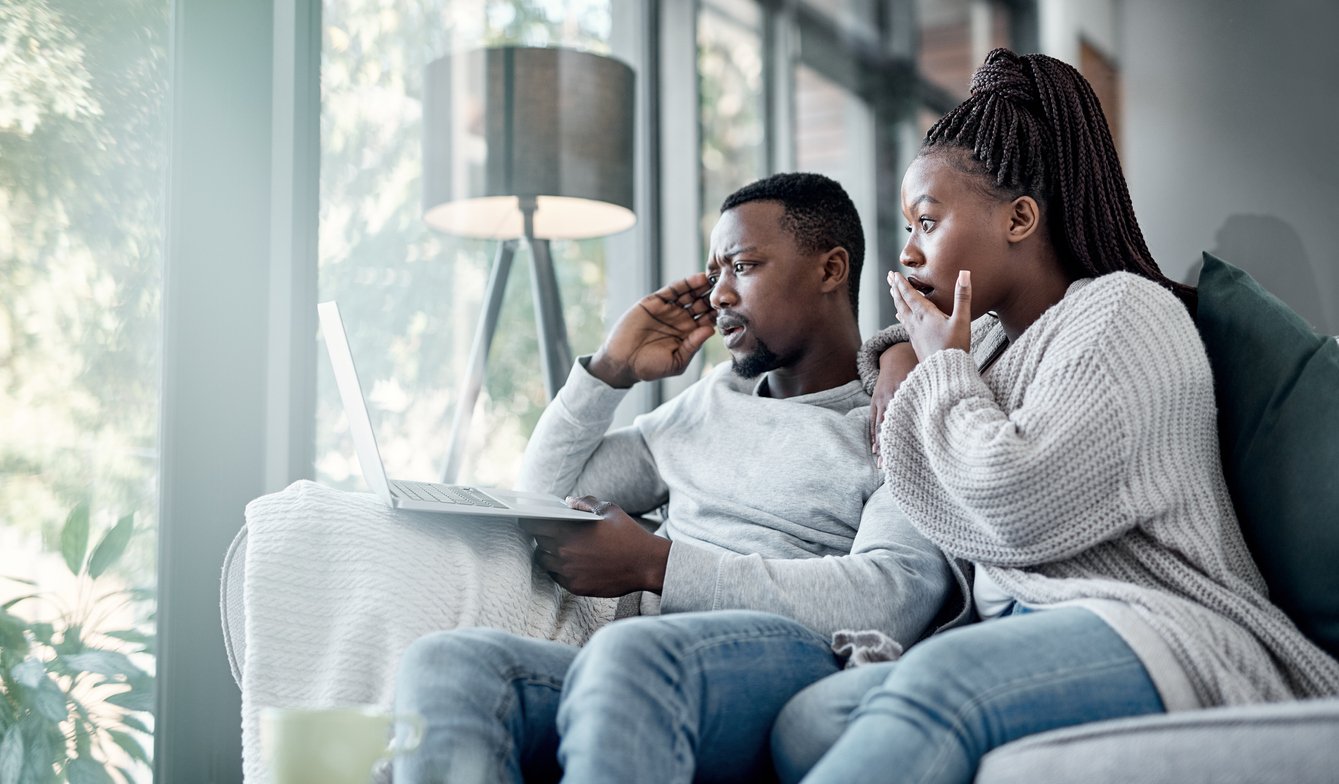 The Impact of Fake News on Consumers

Consumers rely on digital media and search engines to learn about brands and their latest updates. Some of the reasons why they are easy to deceive by fake news include:

The proliferation of fake news has led to a decrease in consumers' trust in the media. According to a survey by Network Research, trust in media dropped for 32% of the respondents. They are less likely to believe all news they read, watch, or hear and are pickier about where and how they consume information and news. Marketers have to adapt their marketing strategies to convey information effectively.

How to Inspire Customer Trust in the Fake News Era

For a consumer to click your link, advertisement, or call to action, they must trust you and the information you're offering. How can you ensure that prospects get to trust you at a time there is a sharp decline in consumer confidence in media and online information?

Here are several ways in which you can inspire customer trust in an era of fake news:

Many brands have used fake news to generate interest in their products and services. A recent example is the bacon shortage news that spread like wildfire. The Ohio Pork Council supported it, so people believed it and bought all the bacon. The Council later revealed that it was a marketing tactic.

Sure, it was successful and led to more bacon sales. But, in the long run, it affected their brand. People lost trust in the Ohio Pork Council after the initial increase in awareness.

Let's think in terms of a tangible product that everyone knows of, say, Tesla. If Elon Musk tweeted saying his company would no longer make cars, people would probably rush out and buy every last Tesla, no matter the price. But that is a short-term win because if he tweeted one week later saying it wasn't true, everyone would feel lied to and deceived and probably won't buy a Tesla ever again.

Consequently, all your marketing campaigns should tell the truth; it builds trust over time. But you can't stop there because your customers won't discern your true messages from others' false claims. So, apart from telling the truth, you must adapt your marketing strategy to meet diminished public trust head-on.

When your marketing quality or schedule isn't consistent, it can confuse your target audience. So, if you want both prospective and existing customers to take your brand seriously, you should be consistent with your brand messaging. This means that you have to convey the same marketing message through all outlets that you use, offline and online.

Maintaining consistency in your brand messaging can not only help your brand create a better customer experience but it can also help it build brand trust, credibility, and reputation. It can also impact your bottom line.

Reports indicate that consistent brands are worth 20 percent more than those that aren't consistent in their brand messaging.  Note that keeping a uniform tone and voice isn't the only crucial aspect of consistency. The amount of marketing content and your schedule for publishing it are also fundamental to any savvy marketing strategy.

The Network Research survey found that almost half of the respondents (47%) agree that traditional news sources, such as broadcasters and newspapers, are more credible and truthful compared to social media sources.

It also found that 20% of the respondents are more likely to trust a brand, even if unfamiliar with it, if they market in a media outlet they know and trust. Additionally, if a brand markets in media that consumers don't like or trust, 19% are likely to lower their confidence in the brand.

As such, marketers should avoid marketing through untrustworthy media such as social media and stick to those whose sources customers trust, such as email marketing.

Fake news is so widespread today, and it has changed the way consumers look at brands. It is becoming increasingly difficult for them to trust any information they find online from any source.

So, for marketers to convince wary customers to click on their marketing messages or call to action, they must speak the truth and adapt their marketing strategies to deal with the lower customer confidence in online news and information.

Although fake news can boost your sales, it's only for the short-term and will likely leave you in a worse position than you were when you started. To achieve long-term success, you should seriously consider hiring a reputable marketing agency to handle your marketing campaigns.

If you're in search of a marketing agency that offers inbound marketing services, look no further than RiseFuel. We are data-driven marketers with creative solutions to help you achieve your growth objectives. With our decades of experience, we will work as an extension of your team to develop a marketing strategy that fuels growth.

Schedule a consultation to discuss your specific mission.

How to Hunt Trending Content: Top 15 Tried-and-Proven Ways
How Fake News Is Changing Marketing and How to Deal With It
How To Maximize Your Productivity In a Marketing/Sales Role
Top Reasons why Distributing PDF Files is a Powerful Lead Gen Strategy
4 UX/UI Mistakes That Are Costing You Money