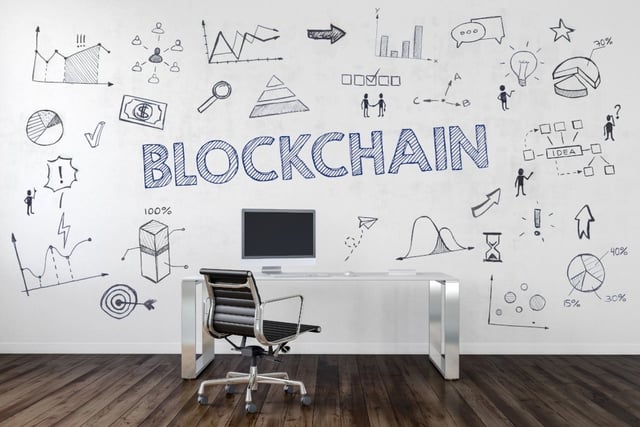 If you lead a tech company, you may know about blockchain, but do you understand what it means for your business? We have some insights from experts—proponents and skeptics alike.

But first, let’s do a brief refresher

Blockchain was designed as the distributed accounting platform for cryptocurrencies. It’s gained the greatest foothold in the financial sector, but it’s industry-agnostic.

At the most basic, it’s a tool to keep data in a distributed, encrypted ledger—and control who has access. It’s decentralized, with no gatekeeper. Because there’s no centralized repository, there’s no single point of vulnerability.

That doesn’t mean it can’t be hacked. It’s just a lot harder. No single authority can approve transactions or set specific rules to have transactions accepted: Participants in the network must achieve consensus. 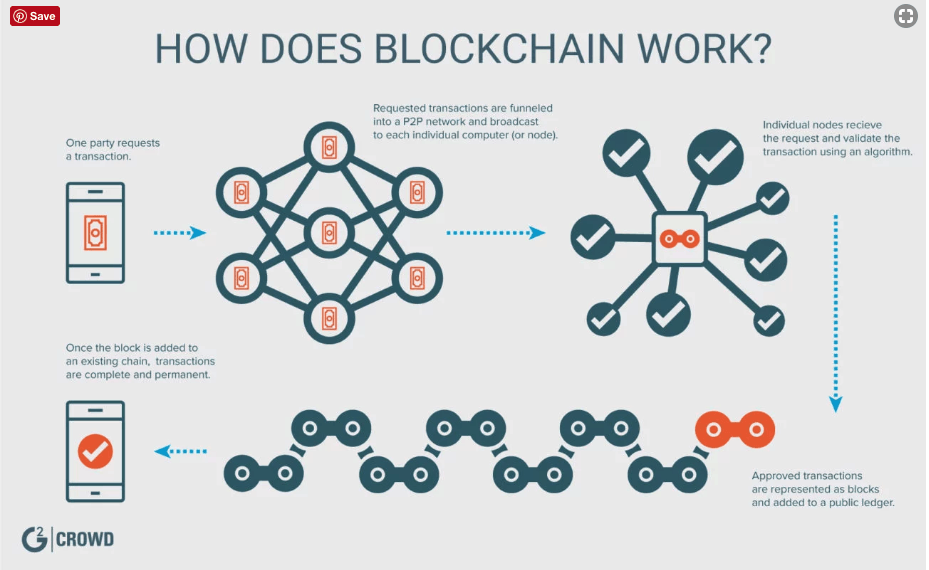 Proponents say it will change the world in ways that were never envisioned as the Internet developed. Even skeptics acknowledge the tremendous potential—for transformation and for risk.

Many experts believe blockchain technology provides the solution to security, privacy and reliability concerns in the Internet of Things.

Without a central control system, the devices could communicate with one another autonomously to manage updates, bugs, energy management, etc. The current centralized model would become obsolete.

Startups and incumbents alike are looking to build blockchain technology into an IoT platform. For example, IBM and Samsung are collaborating on ADEPT (Autonomous Decentralized Peer-to-Peer Telemetry).

It uses blockchain-type technology as the backbone of a decentralized network of IoT devices, according to an August 2017 report from CB Insights.

As Don Tapscott, coauthor of Blockchain Revolution: How the Technology Behind Bitcoin is Changing Money, Business, and the World, puts it, “The internet of things needs a ledger of things.” Tech firms need to be ready for this.

Of course, it’s not just IoT that’s being disrupted. A 2017 IBM report, Fast Forward: Rethinking enterprises, ecosystems and economies with blockchains, offers the following advice: “As business models are disrupted by blockchains, think through how you can make money in new ways.”

That may have special resonance with health IT firms.

Legacy health IT firms may need to worry

The current siloed system of health data often prevents the timely flow of data. Clinicians don’t get the information they need when they need it. That leads to costlier, less efficient care—and sometimes deadly medical errors.

The decentralization of data allows a patient’s medical record to be stored in a community-wide shared ledger. This gives clinicians and hospitals secure access to a patient’s entire health history. It also gives patients control over their data—the opposite of most current models.

But industry incumbents may not be paying close enough attention: Harbor Research notes that “‘protect legacy systems’ is the mantra” at big EHR firms.

There’s a consensus that blockchain—or a similar decentralized database—will revolutionize medical records, according to the MIT Review. But that won’t happen until the healthcare industry buys in to the idea.

It’s all about collaboration

“Success in blockchain adoption will depend not on who has the best technology or app, but who can build the strongest network,” according to the  IBM report.

“Play for the long term—consider the blockchain as the new business environment and collaboration the optimal way of working.” One such collaboration: IBM is working with Walmart to track its food supply chain using blockchain.

It’s slower than you expect

For tech companies used to real-time transactions, the blockchain is bound to be frustrating. It is not speedy by internet standards, and the situation may be getting worse.

According to a March 2017 Bloomberg article, the number of transactions awaiting verification is more than five times greater than it was a year before.

Governance issues are still unsettled which means, no matter how mainstream blockchain sounds, it’s still full of risk. A favorite metaphor among experts seems to be the “wild, wild West.”

“It’s a place of recklessness and chaos and calamity. This could kill it if we don’t find the leadership to come together and to create the equivalent organizations that we have for governance of the Internet,” Tapscott warns.

Do your due diligence before casting your lot with blockchain technology, Tiana Laurence, co-founder and CMO of Factom, and author of Blockchain For Dummies, told Irish Tech News. “Again, this is the wild West, and new people to the industry would be well served to study the industry and understand the value proposition before getting involved and only risk what they are willing and able to lose.

Feel free to reach out and let us know what articles you would like to see or ask for resources to help you on your mission.

What Are the Best Content Marketing Trends for 2022?
6 Reasons Why Your Business Needs a Video Marketing Strategy
Lead Tracking Tools for New Businesses Looking for Success in 2022
4 Email Subject Line Strategies to Increase Your Open Rate
5 Strategies That Will Grow Your Digital Business