Will Voice And Augmented Reality Marketing Drive Growth In 2020?

Two exciting new digital technologies may soon combine to change the way we all experience the world. First, conversational devices provide new verbal media channels that are beginning to show their potential. The other is Augmented Reality (AR), which projects Virtual Reality (VR) objects into the real world.

When these two converge, they’re likely to produce novel new user experiences that you can’t create in any other way. When AR joins up with conversational interfaces, they’ll open new media channels that generate revenue opportunities for the services and platform providers that offer them.

Imagine the inbound marketing capabilities when you can truly allow your potential leads to experience your companies offerings or tour your facility from anywhere!

One thing is sure: When virtual objects jump out into your world and engage you in a direct verbal conversation, they’re going to change the way that you engage with real and virtual worlds.

Printed media, radio, and television reached out blindly to mass markets, they only provided the most basic forms of feedback, for example, letters to the editor.

A two-fold force is driving new content technologies and media channels forward. It’s the ability to both extract more data and also reward users with more compelling experiences than ever. 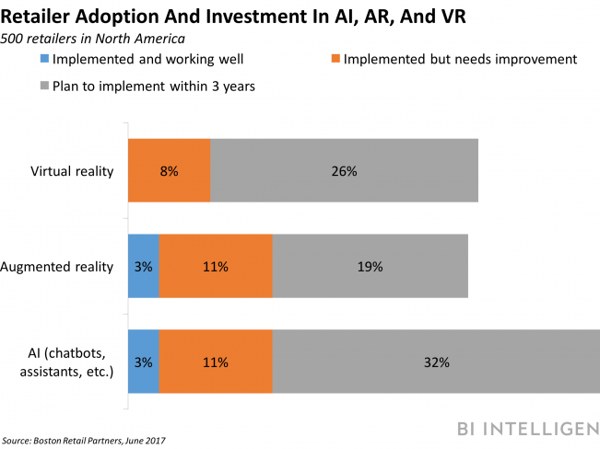 Developers are beginning to make headway with interactive 3D content. Upgraded software, hardware, and digital infrastructure have made it possible to deliver credible low-latency virtual experiences.

Augmented Reality maps 3D VR objects onto the real world. The result is a hybrid reality that synthesizes new meanings beyond the two sources.

Second Life created an open VR world that allows users to collaborate and build anything they could imagine. It was ahead of its time, but the lack of computational power held it back.

Now, the company that created Second Life, Linden Labs is applying the lessons it learned to develop a new platform for VR, but that’s still not AR.

Pokémon Go is less sophisticated, but it’s a more useful example of how companies can make a game that engages with the real world through the screen of your smartphone.

Perhaps seeing the potential, Facebook recently acquired Oculus for VR and announced its intention to include augmented reality content.

Facebook may see AR as a gateway channel that draws users into VR worlds where the company can promote its content and generate revenue. 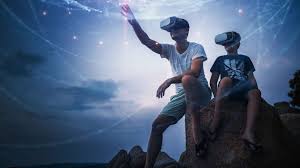 Conversational devices are software-based applications, delivered by whatever platform serves as the hardware interface.

For the most part, present technology allows devices to only answer direct questions without much insight or comprehension. These apps still lack any significant ability to understand the context or remember past conversations.

When you can ask Conversational Interface questions about more previous interactions, and they respond intelligently, we’ll have passed a significant milestone where these apps can take over from text-based chatbot apps. 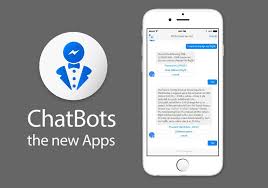 Chatbots proliferated in 2017, and the trend is likely to continue into 2018 and beyond.

Combinations of chatbots and augmented reality show that conversational interfaces will extend the potential of customer service apps.

These scripted service agents are intermediate links between conversational interfaces and AR. Speaking apps can replace chatbots so, by the transitive property, they also work in VR/AR environments.

Content that captures real-world surroundings and inserts virtual content on your screen means that creators and brands can create VR features. Producers can place VR objects in real spaces to entertain and engage users.

If deeper engagement for your users implies more value for all of your business stakeholders, then it’s likely that AR objects will be suitable gateways into deeper levels of virtual content and engagement.

The trend is toward increasingly integrated experiences. Combining speaking chatbots and AR will make it possible to step into stories and converse with the virtual characters within. In return, companies get a real-time feedback loop that captures more data than ever before.

How will user interfaces change? Will the most popular user interface be goggles, or will it be your smartphone screen? Some of the most enticing features of AR on its own are the ability to put virtual content items and messages into real-world spaces.

As long as you have a suitable device, conversational augmented reality objects will remove the boundaries of virtual worlds. The content and links within the AR framework may be location-dependent or based on some other contextual trigger.

The answer to the question of what gets attention will be the driving force for the development of conversational and augmented reality systems.

Screens, large and small are the likely interfaces for AR for the foreseeable future, but something different could unleash a new wave of consumer devices.

Conversational interfaces still need to get smarter, and AR hasn’t yet found its ultimate form factor. These technologies are likely to take off when they converge as something smarter and more compelling than either one can offer on its own.

What the content and experiences will be then are difficult to imagine until they arrive, but once brands locate the revenue opportunities, that day may come very soon. Augmented Reality Marketing is surely the future and something we should pay attention to.